RAID (Redundant Array of Independent Disks) is a technology for managing how data is stored on the physical disks that reside in your system or are attached to it.

RAID is a method of combining several hard drives into one unit.

Ex: RAID has an ability to span physical disks so that the combined storage capacity of multiple physical disks can be treated as a single. The below diagram shows 3 physical HDD of size 900 GB, after configuring RAID (RAID 5), we can see a single volume of 1800 GB HDD. 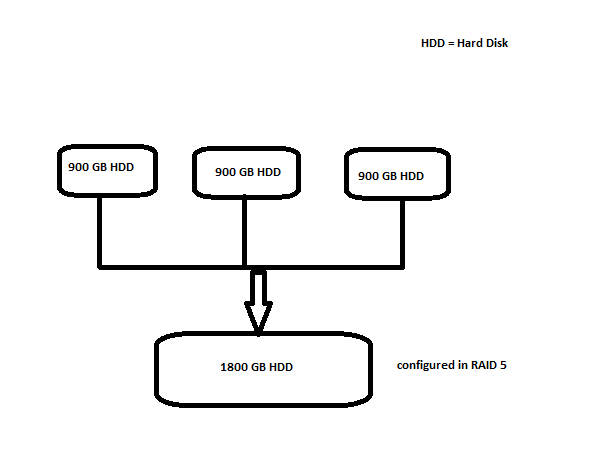 Yes You Are Why a